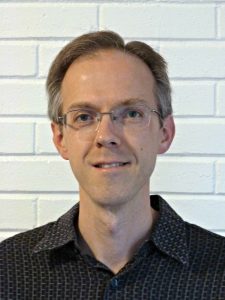 Dwight Gingrich is your piano instructor at Gingrich Piano Studio. Here are a few of Mr. Gingrich’s educational credentials:

Mr. Gingrich brings his educational training and professional experience to his current service as a piano teacher. More importantly, he brings a love of people—and a lifetime of musical experiences, as described below. (Mr. Gingrich’s personal website.)

Mr. Gingrich’s life has been filled with music as long as he can remember. His first audio recording happened when his father tried to capture him and his brother in song on a reel-to-reel recorder. Unfortunately, all that little Dwight managed was some wails while big brother Tim, unmoved, sang the gospel song “I Shall Not Be Moved”!

Mr. Gingrich’s musical career has improved since that unpromising beginning. As a school boy in Ontario, Canada, Dwight joined his one-room class of eight in recording Handel’s Hallelujah Chorus, singing alto. His mother taught him his first instrument, the piano accordian. Then when he was about fourteen, he began two years of piano lessons with Miriam Gabel, who nurtured his love of classical music. This love was also fed by the Festival of the Sound, an annual summer music festival where Dwight volunteered as an usher, thus catching free concerts. Classical music became an important part of his self-identity as a teen.

Classical and gospel music have been at the center of Mr. Gingrich’s musical experience. During his teens, Dwight gathered nearly weekly with siblings, relatives, and friends to sing and play gospel music. Eventually this group became more clearly defined as The Gingrichs, performing at churches and community centers and making recordings. Dwight was usually at the keyboard, merging his classical training with improvisational and arranging skills.

(Listen to “Fountain of Blood,” a song written by Dwight’s aunt that features his piano playing. Or listen to “Simple Song,” a song Dwight wrote in a hurry because The Gingrichs were headed into the recording studio and needed another song for their album. At first it sounded too slick and shallow to Dwight, so he added an instrumental bridge that explores new chords and rhythms. Dwight also sang lead vocal. Both songs are from the Step Right Up album of 2002.)

Mr. Gingrich’s formal music training brought him great personal enjoyment and strengthened his contributions with The Gingrichs and as a part-time church accompanist. Boarding with the Kennedys for four years was also very significant, as he watched Lynda run a private music school and the rest of the family teach and perform in a high school band music.

Mr. Gingrich’s musical training came full circle in 2006 when he opened Gingrich Piano Studio. After three adventurous years teaching high school in the Bronx, he was ready for a change. When Mr. Gingrich and his wife Zonya moved to Queens to be closer to their church, they decided it was also time for another step of faith. In a tiny front room in their Queens apartment, Mr. Gingrich began to teach piano. Several years later, after canvasing roughly 10,000 nearby residences with business cards and flyers, Gingrich Piano Studio was bursting at the seams with as many as 35 students taking lessons each week. Many students became personal friends of the Gingrichs, and recital times were exciting celebrations for students, families, and friends.

Family health needs took the Gingrich family to Zonya’s home town in Iowa for 5-1/2 years. Living two miles back a gravel road was not ideal for piano teaching, but Mr. Gingrich continued to teach a handful of students who braved the drive.

Since moving here to Atlanta in the spring of 2016, Mr. Gingrich is eager to gather a full roster of students again. The Gingrichs hope to make Atlanta their long-term home. They renovated a room on the side of their house, turning it into the most comfortable teaching space Mr. Gingrich has ever enjoyed. Atlanta offers a wealth of musical experiences that the Gingrichs hope to sample!

Mr. Gingrich possesses three things that make him an effective music teacher: (1) A love of people, (2) a natural ability to teach, and (3) a lifetime of enjoying music—from J.S. Bach to Frédéric Chopin to Oscar Peterson to The Original Gospel Harmonettes to Rich Mullins to the next song played by his own piano student. Come on over—your fingers are waiting to play!

For all these undeserved gifts and blessings, God, we thank you.